March 27, 2014 — In digging through Dad’s stash of WWII images and ephemera, I came across this little newspaper clipping, no doubt sent to him in one of his letters from home. While there is no date on the clipping, based on the info it reports, it has to date to around March 1945. The clipping states that Dad (Keith) was on Corsica, and by April, Dad and his squadron had pulled up stakes and moved from Corsica to the base at Ancona, Italy.

March 27: Standown on mission again today. Lowry & I are flying with Doe. Missions were Plan A and Plan B – we were on both of them.

I got sick tonight – plenty sick – brother – and how. I think I will lay off taking these adaprin tablets. I heard from Mrs. Houbler – Betty – Morgan and the little book from the church. Too sick to answer anything. 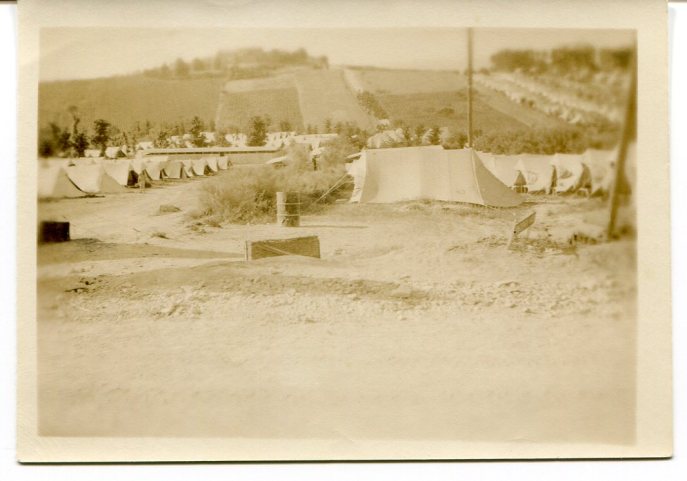 This image is believed to be the 445th Squadron camp at Solenzara, Corsica, where the real tail gunner lived for many months. c. March 1945. The actual print is about a third the size of this image. KBL Family Collection

Although I’ve never found any of the letters Dad wrote to others during the war, I did realize why his diary entries were so sparse; he wrote all of his big news in his letters home. In THE TAIL GUNNER novel, I was able to use some of the letters he received in part, but the letters from him to others had to be pieced together from the clues he left behind. What has appeared in this blog series is but a smattering of the complete collection.

Join THE TAIL GUNNER crew! Just 5 days left to help fund production of the novel and save the WWII collection that inspired it.