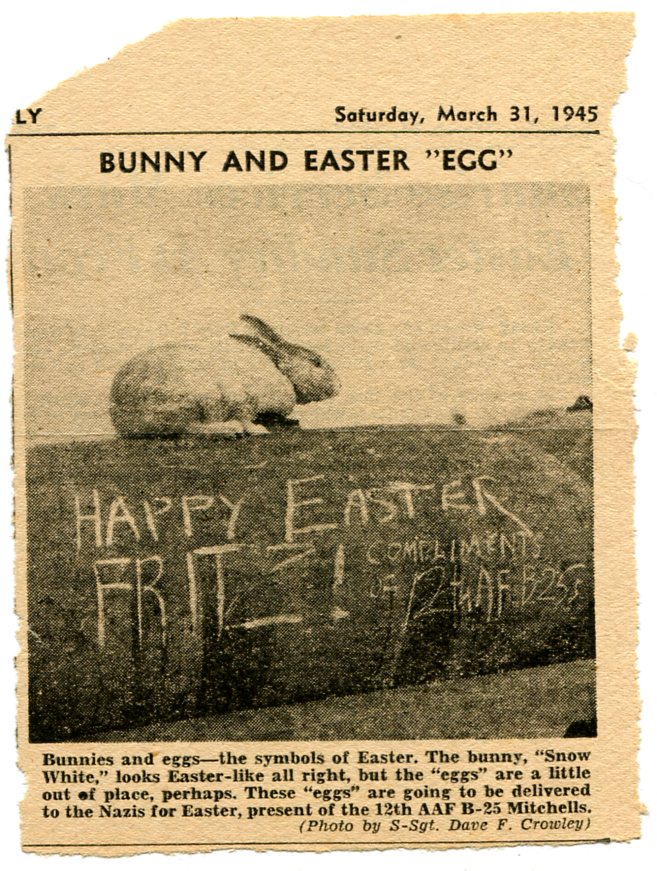 A newspaper clipping from the KBL Family Collection, special for this last day of our mission.

The war ended a month a half later for the 12th Army Air Force, leaving the tail gunner just one mission short of a full tour. This campaign is essentially the tail gunner’s last mission, the effort to make his and his buddy’s efforts known and remembered. That’s why this blog and fund-raising campaign go way beyond me, a daughter and writer, to all of you and the rest of the world. Each person who has joined the crew to make a contribution to the effort, has helped preserve an important and little-known effort in history.

It is with the utmost respect and gratitude that I honor all those who were brave enough to step on board and trust our team to see the project through. If there were two things I inherited from my 59-mission surviving Dad it was tenacity and determination. Like Dad’s diary entries, his praise was often sparse, but one morning after I’d been up typing most of the night on one of my first magazine articles, he walked through his den, stopped and said, “Steph, I’m proud of you. You took an idea and made it happen.” Those words have stayed with me throughout my life, and every day I try to live up to them.

We’re on course to complete the real tail gunner’s 60th mission. Thanks to the many folks who have shown their support for the project, the book will be out this summer 2014.